So I recently had a requirement to run some scripts in an isolated environment where I didn’t want to test on my machine but throwing up an entire pipeline was overkill and frankly not needed for the basic testing that I wanted to do.

I had used docker before but not for a long time and I didn’t really grasp it properly the last time I tried and reality did not meet expectations. Now that I predominently live in the console in one way or another I figured why not!

What You Need to get you started

You can install that directly from Docker:

If you have moved to Chocolatey for your package management needs then:

I abandoned the guide I linked above because, I mean, why would you start with something simple like Hello-World?

I have known for a while that Microsoft have been publishing their own docker images for PowerShell in various guises so I was going to start with one of those.

Building yourself a container to play with

So to get started I bookmarked this 5 part docker series by Christoffer Noring to read then didn’t read it and carried on anyway. 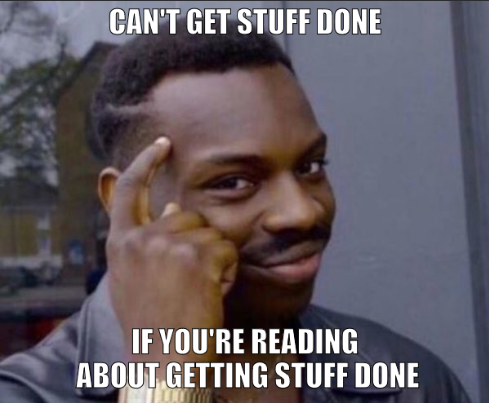 This won’t take too long and because docker for windows generally starts in linux container mode you will likely end up with an Ubuntu 18.04 image with PowerShell Core. The images have just been updated to PowerShell Core 6.2 at the time of writing.

But what if you want a Windows image? You will need to right click the docker icon in your system tray and click Switch to Windows Containers this will restart docker.

You can then download the image for Windows Server Core. It can take a little while as it’s around 4.7Gb if my memory serves me right.

Once it has downloaded you can launch the docker container interactively

This is fine if you want an image which needs Windows PowerShell but I want to make sure I am testing my stuff on PowerShell Core and installing to Windows is more difficult than say sudo apt-get install -y powershell on Ubuntu.

Off to find PowerShell Core

So I set about trying to find the best way to install PowerShell core and ended up back at PowerShell Docker Hub.

Click on the dockerfile link it takes you to the github repo which shows you the dockerfile. If you haven’t worked with docker files before (I hadn’t) the syntax and format is simple enough to follow.

How do you build an image using a docker file 🤷

You can also use the command line

Now that we have pulled an image from the docker hub, we have a docker file from Microsoft’s official repository and the command line to build our image we just need to stick it all together.

Copy the dockerfile to a file and save it locally on your machine. You can build it from the URL too but let’s not get carried away with ourselves.

Once this has built you will be able to see the images available to you.

Taking it to the next level

This is great except now I have the same issue with PowerShell Core that I had with Windows PowerShell. How do I get stuff installed?

My logical answer was chocolatey.

If you go to the chocolatey website you can find the command line to install Chocolatey with the usual caveats of Don’t run scripts off of the internet without checking them first.

What If I can add this to my dockerfile so that I don’t have to do this every time?!

All I need to do is steal this code and add a bit to install chocolatey then refreshenv.

Then run the build task again.

Now when ever you want a quick docker container to test something in a fresh environment you can spin up a windows container which has Chocolatey and Git installed and you’re good to go in a matter of minutes.